I have been a journalist on staff at Wired and the San Francisco Chronicle covering business, technological trends and breakthroughs and the culture that surrounds all of it. My background is in molecular biology so I love any story that has a science or neurology angle, but all of it is fascinating and awesome. Here are way too many clips. 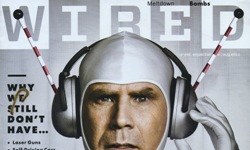 Selected articles for Wired while on staff.

Weird science: Using page rank to clean toxic waste, A computer interface for your biceps and Can you really sequence DNA with a thumb drive?

Hardware: The memristor debate, A breathing battery and 3-D printing

Software: Why the GUI will never replace the command line

Popular tech: Facebook gave me the exclusive on the tech behind Timeline

Patent litigation: Wrote daily from the trial and broke the verdict(s)

Everything else: My feed at Wired 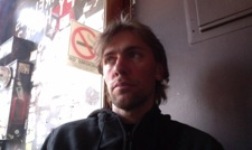 The Atlantic: Twitter’s Verified Subculture, Tricking facebook’s algorithm and when the government wanted a database of everyone’s IQ.

MIT Technology Review: (ALL) Recognizing tumors with with computers, how to trick machines into “seeing things“, travel app that scans Instagram photos to analyze the true mood of a bar or restaurant, an algorithm that helps robots walk of injuries or how to turn a regular camera into a 3D depth camera.

Backchannel: Assessing why photo filters woo our minds into love, a hacker building tools to stop online harassment, on the course at the first officially recognized first person drone race, the era of #Fumblebrag and a profile of the Underground Internet Music Archive.

Matter: A look back on the decline of TaskRabbit and the promise of the renting economy

VICE:  How Shining Light Into the Brain Can Switch On an Erection or Switch Off Pain

Modern Farmer:  Tomatoes that grow 24 hours a day, farmers embracing Arduino microcontrollers to manage their farms, history of patents on soil crushers and how drones are being used out on the range.

CITEWorld: (ALL) The hunt for electric bacteria and researchers printing computer memory to paper

Computerworld: The evolution of the computer key and keyboard 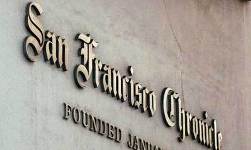 Selected works from The San Francisco Chronicle while on staff.

More serious ones like whether Silk Road could have been legal, whether we can stop fake online reviews, being the IT guy in war-torn Africa, how easy the US could cut Internet access, the rise of Russian entrepreneurs, digital tools to improve democracy, why big tech companies don’t admit they’re in it for the money and Google crying ‘moonshot’.

Or business essays like what kind of business is Medium and why Zynga is failing (in napkin math).

Or culture pieces like what EB White and New York can teach us about ‘The Internet’, homeless people looking for tech tools, getting off the grid, what Twitter represents, how Twitter carries social debates like gun control and why tech journalists should disclose the gadgets they use.

Or less serious stories like the underworld of Twitter parodies, life of bad information on the Internet, the most unexpectedly successful category on Kickstarter, a defense of Burning Man and how analyzing meta data would have busted Paul Revere.